Mike has been playing guitar over 25 years and has decades of experience teaching and playing guitar.   Originally from Kenora Ontario, Mike began playing blues, rock and heavy metal tunes while studying classical guitar at the local high school.   After high school Mike headed East to study jazz guitar and composition earning his BA in Music from St Francis Xavier University in Nova Scotia.   While living out East Mike played in cover bands, country bands and at the Atlantic Jazz festival in addition to recording as a sideman.

Mike headed down to London Ontario in 1999 and earned his Bachelor Education with a focus on music.  After earning his degree he traveled the world working as a show band musician for various cruise lines including the Queen Mary 2.

While in Winnipeg Mike has performed with Ron Paley, Janice Finlay, Rainbow Stage, Kathy Kennedy Blues Band, Walle Larsson,  and a variety of Rock, R and B and Jazz groups including his own trio.

Mike plays a wide variety of musical styles and has a solid background in theory, composition, recording and real life playing experience.

Comments are closed, but trackbacks and pingbacks are open. 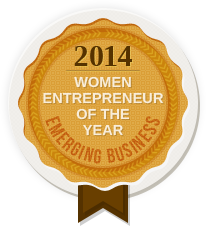