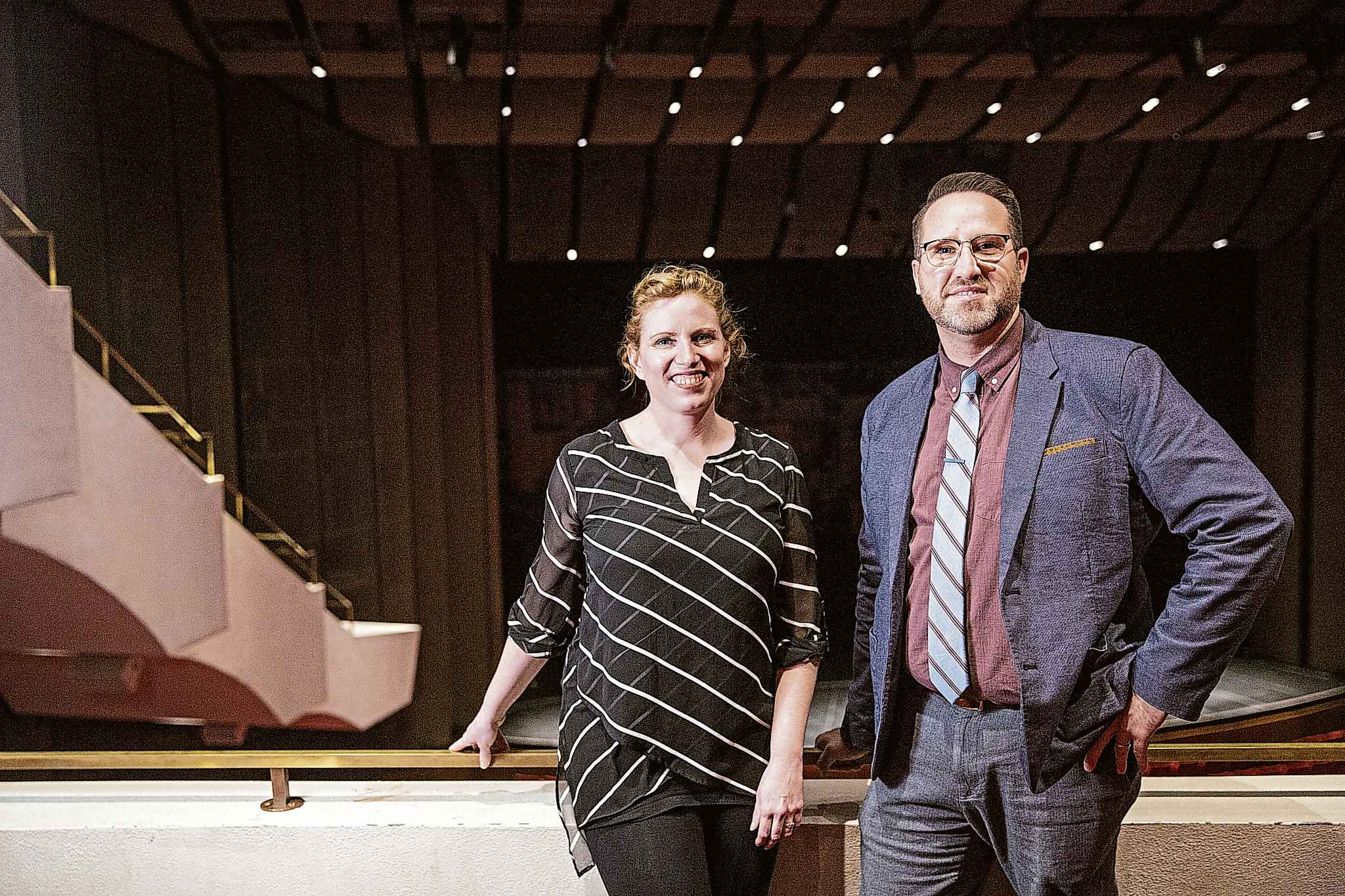 Theatres, concerts and cinemas open the door to new audiences with relaxed performances

Prelude Music is proud to have been involved in the Winnipeg Symphony Orchestra’s first relaxed concert during a matinée performance of A Day in Bohemia at the Centennial Concert Hall.

You can read Eva Wasny’s article, Avoiding a Sensory Overload, with a subscription to the Winnipeg Free Press. Below is an excerpt. 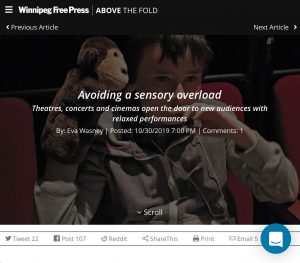 Sensory-friendly screenings are aimed at people with sensory-processing disorders and autism spectrum disorder or those who are looking for a more relaxed movie setting. Some of the considerations include lower volume, smaller crowds and brighter theatre lighting.

The theatre world has been leading the charge, but on Friday, Nov. 1, the Winnipeg Symphony Orchestra is putting on its first relaxed concert during a matinée performance of A Day in Bohemia at the Centennial Concert Hall.

“We began to realize that there are more things we could be doing in a more open way,” says Brent Johnson, the WSO’s education and community engagement manager. “It will look a lot like a regular concert, but in many ways it will be pretty different.”

The symphony has been preparing for the show since the spring with guidance from Michelle Yaciuk, the owner of music therapy and lesson studio Prelude Music and an assistant professor of music therapy at Canadian Mennonite University. Yaciuk works with clients of all ages and abilities and recognizes the barriers that exist for those living with sensory issues.

“I hear their journeys and their struggles about even just grocery shopping or going to school… and participating in what we sort of take for granted,” she says.

On Friday morning, the house lights in the concert hall will stay on to allow people to move around, seats will be kept open at the back and the front of the auditorium for those who want a more or less intense experience, and there will be a quiet room with fidget toys for patrons who need a break during the show.

Assistive hearing devices and sound-dampening headphones will also be available and music therapy students from CMU will volunteer as ushers during the concert.

“What it boils down to is that the patrons have a bit more choice in how they experience the concert, as opposed to walking in, sitting in a chair and just listening,” Yaciuk says, adding that the relaxed-performance framework can be applied to any kind of musical genre.

Bringing this idea to life has been eye-opening for the symphony. Johnson says the Accessibility for Manitobans Act has been top of mind for the organization since it became law in 2013, but putting on a relaxed concert has highlighted other barriers that exist at the concert hall.

“It has helped us to look at all the ways people access and interact with our primary venue,” he says, adding that the symphony is working on making its website and patron materials more accessible. “It’s helped us identify some weaknesses that we take for granted because we’re there every day.”